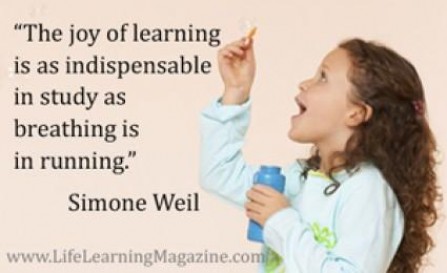 With permission, I have extracted this picture-quote from Lifelearningmagazine.com. All rights reserved worldwide.

In his book, How to Develop Self-confidence & Influence People by Public-speaking, Dale Carnegie tells a story of a banker in his public-speaking class who had been assigned a task of giving a speech before the class. When the day arrived for the banker to deliver the speech, he found out he had nothing to talk about. He hastily bought a Forbes magazine and saw an article in it titled "You Have Only Ten Years to Succeed". On the way to class, he read it, not because he was interested in the article but because he wanted to have something to say during his turn to speak.

When the time for him to speak came, he stood up and attempted to talk convincingly and interestingly on the contents of the article. Poor man! He had not digested and had not assimilated what he was trying to say. Consequently, there was no real message in him seeking an outlet, and his whole manner and tone revealed it unmistakeably. There was a surfeit of Forbes magazine in the speech but regrettably, little of him. This is because he had superficially gleaned his facts from the magazine. So his speech sounded dry, disconnected and undigested. He had not thought over his subject adequately. It had not elicited his enthusiasm. He did not feel what he was saying deeply enough and make it worthwhile expressing. His speech was flat, flavourless and unprofitable.

After reflecting on that attempt by the banker to give a speech as Dale Carnegie told it in his enlightening book, I have discovered it bears resemblance with the kind of learning that most of us undergo in school. As in, we don't learnt with the intention of understanding ourselves and the world around us better. Instead, we just fill our minds with facts for the sole purpose of passing exams and then forget what we have crammed a few weeks after sitting for the exams. That's not true learning.

True learning, the kind that makes us wise, creative and knowledgeable, should be intellectually and emotionally arousing. I just like the way Albert Einstein, the greatest genius who ever lived, described the process of learning in a letter to his son. He wrote:

That is the way to learn most, that when you are doing something with such enjoyment that you don't notice that the time passes.

When I reflect on my life so far, I am of the opinion that I first began practising true learning when I started enjoying Biology during my high school years. To tell you the truth, I didn't like the subject that much when I was in Form One in 2002 because all we studied that year was how to classify living things. But as my high school years rolled on, I came to like Biology so much that by the time I was in Form Four, it had evolved into my favourite subject. I remember feeling high on several occasions after revising Biology during night preps. Little wonder that I scored an 'A' in the subject in my KCSE exams.

I also practised some true learning when I was in Starehe Institute where I first learnt how to navigate through the Windows Operating System. During one night in my first days in the institute in 2006, I became so excited as I learnt how to create a slide-show presentation using Microsoft Powerpoint. And later on in my time in the institute, I came to enjoy creating computer programs using Visual Basic. I used to find it exhilarating every time I coded a program and it worked.

Besides computer-programming, the other learnings I came to enjoy during my time in Starehe Institute were reading quotable quotes. One night prep in early 2007 while navigating through folders in a computer of the institute, I found a document of quotes someone had downloaded. I became very absorbed in reading the quotes which I found inspiring; my only regret is that I didn't bother to save the document somewhere in the internet for future reading. Oh, how I would love to reconnect with that document of quotes!

Unfortunately, I was unable to replicate such kind of joy in learning in the Electronics & Computer Engineering degree I chose to pursue when I matriculated at JKUAT in May 2007. I had a hard time in understanding the intricacies of the engineering course; I simply couldn't piece together the courses we studied in class in an effort to know how a computer works. Like we would learn Calculus, Organic Chemistry and Engineering Drawing but still couldn't relate that knowledge with how electronic gadgets function. That engineering course was in two words, completely harassing.

From that experience, I would advise youngsters out there about to enter university not to choose a course because it is marketable but because they have a passion for it. That's all I am saying. 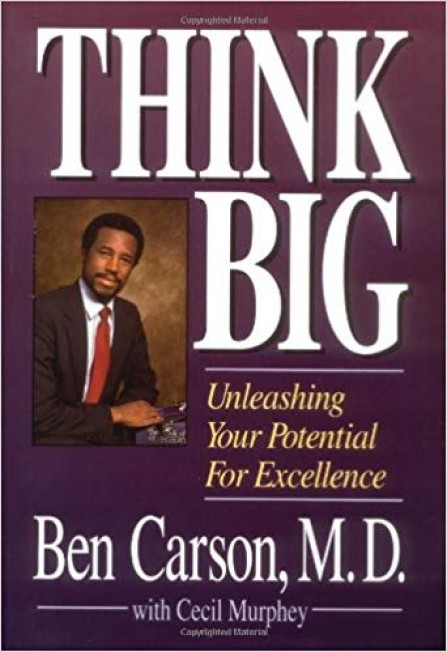 This is the cover-page of Ben Carson's
Think Big: Unleashing Your Potential For Excellence. More about it in the story below.

Back in 2007 when I was a first-year student at JKUAT, I bought Ben Carson's Think Big: Unleashing Your Potential For Excellence from a book-stand at All Saints' Cathedral in Nairobi. I read the book and then misplaced it.

Some time last year in 2017, I dreamt in my sleep at night of me re-purchasing the book. And guess what! The following day after having that dream, I found the book I had misplaced while ransacking my father's study room. And it looked as good as it was the last time I touched it in 2007. As in, it wasn't worn out or chewed by ants and rats that are a constant source of annoyance at our home here in Kiserian.

Early this month, I decided to re-read the book. And wow! I found it beautifully written, closely reasoned and utterly transparent in its exposition and logic. Re-reading the book felt like having a one-on-one conversation with Ben Carson. I felt disappointed to finish it because I wanted the pleasure of my reading to go on and on.

Anyway, let me now tell you briefly about it. In the first part of the book, Ben Carson appreciates and lets us know the people who contributed to his success. Among them is his mother who encouraged him to read books and give his best in everything he did. He also mentions some of his teachers in primary and secondary school who drew out the best in him.

In the second part of the book, Ben Carson sheds light on what contributes to true success in life: acquiring knowledge, reading books and using our talents. He says that every piece of knowledge counts, be it Geography or History. So I am thinking that should your child ever decide to drop out of a degree in Finance to pursue Helminthology (study of worms), don't discourage him from his decision because he could end up discovering something that will revolutionize treatment of cancer.

On reading books, Ben Carson exhorts us to read, read and read books. He quotes the following words of William Ellery Channing twice in the book:

It is chiefly through books that we enjoy intercourse with superior minds. In the best books, great men talk to us, give us their most precious thoughts, and pour their souls into ours. God be thanked for books. They are the voices of the distant and the dead, and make us heirs of the spiritual life of past ages. Books are true levellers. They give to all who will faithfully use them, the society, the spiritual presence of the best and greatest of our race.

On using our talents, Ben Carson writes in the book that "if you recognize your talents, use them appropriately, and choose a field that uses those talents, you will rise to the top of your field."